In the fall of 2020, I was curious about Whoop and hearing good things from some of the people I follow (Ted King). In the spirit of amateur fitness enthusiasm and research adjacent to MassMutual's wearables program, I ordered a 3.0 band in the October 2020.

Overall, I have been really impressed with the Whoop platform and enjoy using it day to day. The heart rated based data is accurate, with one caveat (bicep strap), the sleep tracking accuracy is incredible, and I have learned some basic things about how I recover and train.

In the spirit of DCR I recorded many runs and workouts with HR from Whoop alongside a Wahoo Tickr strap, a Scosche band, and my Garmin Fenix 5. The devices that I've used to record data from each HR source have varied, and I quickly generated more data that I was ready to analyze. Very quickly, I was able to see while using the Whoop and a chest strap that the wrist placement of the Whoop generated awful readings while running. I had the band tight, and a few centimeters from my wrist, but no luck. On the top or bottom of the wrist, I mostly recorded running cadence. However, I have found the bicep strap to be much more accurate. As such, if it can better record HR on the bicep, it's likely going to get better HRV, respiratory rate on the bicep as well, so I leave it there full-time now.

While I could probably do well with the DCR analyzer to make sense of all my data, I did get around to comparing a couple by hand.

First, here's a quick screenshot illustrating why not to use the band on the wrist for running (Link on reddit r/whoop): 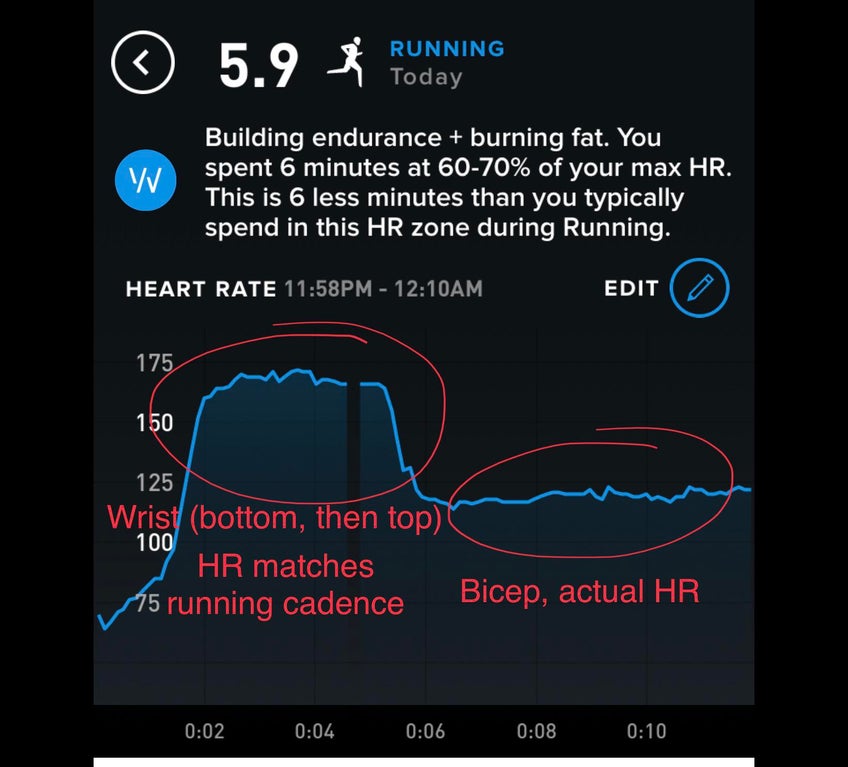 And next, here's a show of how accurate it is on the bicep for running (Link on reddit r/whoop):

You can get really cool graphs while interval training when the HR is accurate via the bicep strap as well (Link on reddit r/whoop): 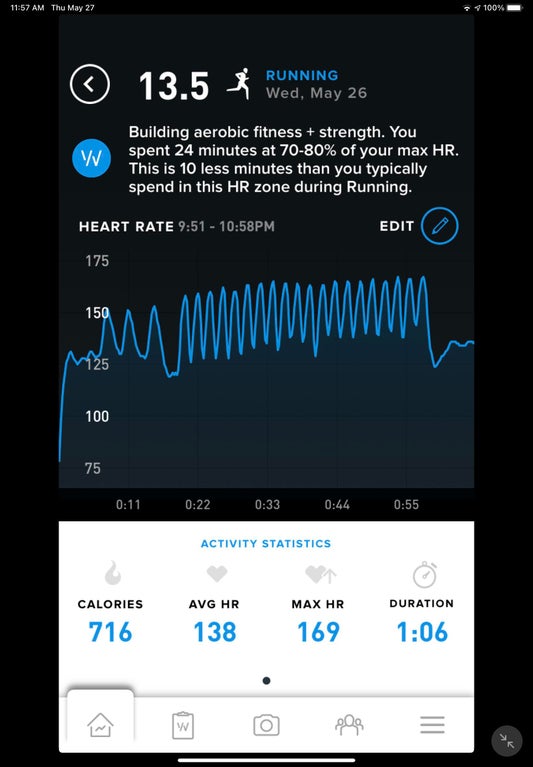 The notebook that I used to generate the direct overlay comparison (image #2 above) is here on google collab.